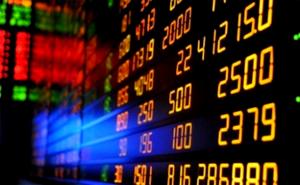 The stock market rebounded on Wednesday as the market cap rose N184 billion or 0.71 percent to close N25.959 trillion compared to N25.775 trillion on Tuesday.

The main drivers of the rebound were gains in shares in Zenith Bank, Guaranty Trust Holding Company and MTN Nigeria.

As a result, the YTD yield increased to 11.57 percent.

Market breadth closed positive as 18 stocks were on the winners table and four on the losers table.

Wema Bank topped the chart of gainers by 10 percent to close at N3.30 per share.

On the other hand, Royal Exchange Assurance topped the laggard, falling 10 percent to close at 63,000 a share.

Analysis of market activity showed that trading turnovers were settled…