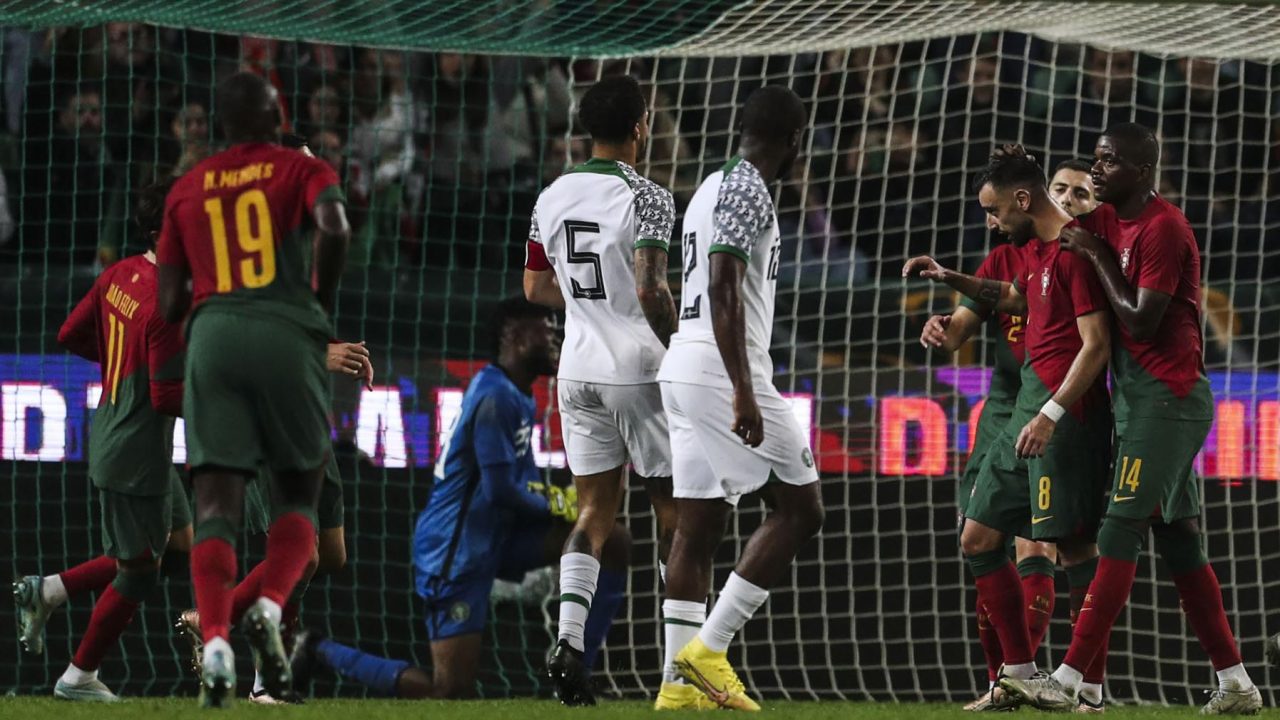 Fernando Santos Portugal warmed up for the World Cup with a win in Lisbon, although preparations for the game were marred by an explosive interview with Ronaldo earlier in the week.

The 37-year-old striker batted at his club Manchester United, where he fell out of favor under new manager Erik ten Hag, before suffering from gastrointestinal infections.

It took just nine minutes to break the deadlock against Nigeria, who failed to qualify for the World Cup for the first time since 2006.

Two of Ronaldo’s Manchester United team-mates joined forces, with Diogo setting up Dalot Fernandes to head on after a fine pass from Joao Felix.

Felix, who was often sidelined at Atletico Madrid, was in brilliant form to ensure Ronaldo was not missed, while Fernandes took over captain’s duties to score his second before the break.

A chilly interplay between Ronaldo and Fernandes in the dressing room had grabbed headlines earlier in the week but it was the midfielder who took the spotlight against Nigeria.

Fernandes fired wide just before the break and missed a good chance to complete a first-half hat-trick.