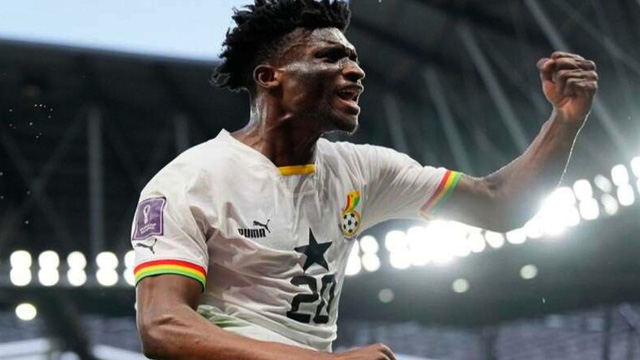 Mohammed Kudus was the hero yesterday at Education City Stadium as the Black Stars of Ghana celebrated their first win of the ongoing World Cup in Qatar in 2022.

Ghana lost their first game of the competition 3-2 to Portugal and needed to beat South Korea to keep their hopes of reaching the round of 16 alive. They did just that, with Kudus scoring twice in the game that demanded the last drop of a sweat from the West Africans.

The Ghanaians took the lead through Mohammed Salisu, but against the flow of play in the 24th minute before Kudus, who plays for Ajax Amsterdam, doubled the lead ten minutes later.

As it looked like Ghana were heading for their first win of the competition, South Korea came out stronger in the second half, equalizing with two quick goals from Cho Gue-sung in the 58th and 61st minutes.

A stunned Ghana could not muster much in attack as the South Koreans, buoyed by the turn of events, took the fight to the Black Stars.

But they recovered quickly and took the lead again in the 68th minute when Kudus finished calmly at the back post after Inaki Williams missed a cross from the left.

The result puts Ghana in second place in Group H by three points.

Cristiano Ronaldo’s Portugal have six points and will secure a place in the last 16 if they beat Uruguay later in Qatar.